For the first time, most Latin American censuses ask respondents to self-identify by race or ethnicity allowing researchers to examine long-ignored ethnoracial inequalities.  However, reliance on census ethnoracial categories could poorly capture the manifestation(s) of race that lead to inequality in the region, because of classificatory ambiguity and within-category racial or color heterogeneity. To overcome this, we modeled the relation of both interviewer-rated skin color and census ethnoracial categories with educational inequality using innovative data from the 2010 America’s Barometer from the Latin American Public Opinion Project (LAPOP) and 2010 surveys from the Project on Ethnicity and Race in Latin America (PERLA) for eight Latin American countries (Bolivia, Brazil, Colombia, Dominican Republic, Ecuador, Guatemala, Mexico and Peru). We found that darker skin color was negatively and consistently related to schooling in all countries, with and without extensive controls. Indigenous and black self-identification was also negatively related to schooling, though not always at a statistically significant and robust level like skin color.  In contrast, results for self-identified mulattos, mestizos and whites were inconsistent and often counter to the expected racial hierarchy, suggesting that skin color measures often capture racial inequalities that census measures miss. 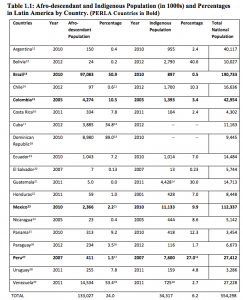 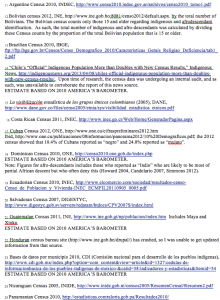